When a vehicle experiences severe engine problems or even engine failure, you don't necessarily have to part with it for good. Instead, you could replace the engine with a new one. Or you could rebuild the engine. Rebuilding is when the engine is fully disassembled. It is carefully inspected to find any and all problematic parts. Those parts are then replaced, resulting in an engine that essentially functions like new.

Rebuilding is possible for almost all engines, including European ones. It's just a matter of finding a professional who can do the job. If you can do that, then you should strongly consider this highly beneficial option.

When you choose to replace an engine, you essentially throw out your old one. Yes, some parts and pieces may be removed for recycling or reuse, depending on where and how you dispose of the engine. However, chances are that there will still be a lot of waste, which negatively impacts the environment.

When an engine is rebuilt, all the parts that still work are salvaged. Any parts that cannot be used can be recycled. This is easy to do since the engine is being fully taken apart anyway. Thus, with an engine rebuild, there tends to be less waste and more reuse and recycling. This means a reduced carbon footprint for you and a choice you can feel good about.

In many cases, rebuilding your engine will be significantly cheaper than buying a new one. Of course, this does depend somewhat on who does the job, the exact parts that need to be replaced, and other factors. However, there's a very good chance you'll be able to save money.

Furthermore, when engines are rebuilt correctly, they can last for just as long as a brand new engine. Thus, it just makes sense to go with the most affordable choice. Keep in mind as well that rebuilt engines tend to get better gas mileage than the original engine, which is another way in which you can save big.

Finally, when you rebuild your engine, you have a chance to correct any issues with the original engine. In fact, you can even tell your rebuild professional about specific problems you experienced and ask for them to be remedied. Thus, you can get a better-performing engine with a rebuild. If you just go out and buy a replacement engine instead, you'll be stuck with the same old problems as before.

Ultimately, the choice of whether to rebuild or replace your European engine is up to you. Just know that rebuilding definitely has its benefits. As such, it's worthwhile to at least look into this option by contacting a shop like Torque Masters Auto Repair near you. 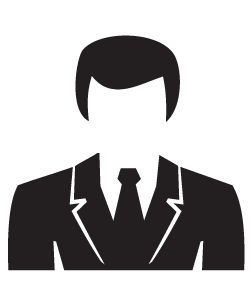 When was the last time you really enjoyed climbing into your car? It isn't always easy to have fun driving places, but by taking good care of your vehicle, you can make any road trip a little more pleasant. Although I haven't always been great at look after my vehicle, a few years ago I began working harder to keep it clean and attractive. It was really fascinating to see how much better a few simple changes made, and now I don't think I could go back to taking care of my car the way I used to. Check out this blog for great information.

Why You Should Consider Rebuilding Your European Engine
21 July 2021

Getting into a car wreck, hitting a pole, or havin …

A bad transmission can be a nightmare for your car …

One of the things you'll need to do quite frequent …

An injury, arthritis, or another chronic knee cond …